Time to break the impasse 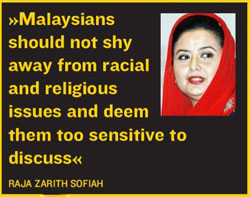 By not confronting racial and religious issues, civil court judges have abdicated their duty to uphold the people’s constitutional rights to equality and freedom of religion.
ON Nov 12, much to the dismay of many Malaysians, the Federal Court declined to answer five constitutional questions of public importance on unilateral conversion of children to Islam by one parent who has embraced Islam.
The case involved Shamala Sathiyaseelan, 38, and Dr Jeyaganesh Mogarajah, 42. The couple were married on Nov 5, 1998 according to Hindu rites in Alor Setar and the marriage was registered under the Law Reform (Marriage and Divorce) Act, 1976 (Act 164). Their sons, Saktiswaran and Theiviswaran – born in 1999 and 2001 – were Hindus at the time of their birth.
On Nov 19, 2002, Jeyaganesh converted to Islam. As a ‘saudara baru’ or muallaf, he is known as Muhammad Ridzwan bin Mogarajah. On Nov 25, 2002, Jeyaganesh converted the two minors to Islam without the knowledge or consent of Shamala. Saktiswaran’s Muslim name is Muhammad Firdaus Jeya while Theiviswaran is named Muhammad Asraf Jeya.
Shamala then went to the Kuala Lumpur High Court to challenge the conversions and seek custody of the minors. Justice Faiza Tamby Chik held on April 13, 2004 that since the two minors were now muallafs, Shamala should take them to Majlis Agama Islam Wilayah Persekutuan for help and advice to resolve the issue because under Article 121(1A) of the Federal Constitution, the civil court had no competency to determine the status of the minors’ conversion.
Meanwhile, Jeyaganesh had also obtained hadhanah (custody) of the two minors from the Mahkamah Tinggi Syariah Selangor on May 8, 2003. However, on July 20, 2004, in addition to an interim order made earlier in favour of Shamala on April 17, 2003, the High Court granted Shamala ‘actual custody’ or actual care and control, and the husband, ‘legal custody’ of the children.
Read more »
Posted by Roger Tan at Sunday, November 21, 2010 1 comment: 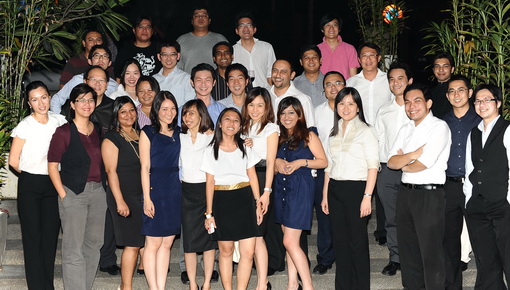 
On 15 Oct 2010, the National Young Lawyers Committee (“NYLC”) of the Malaysian Bar Council hosted a dinner at Aliyaa Restaurant & Bar, Damansara Heights, in honour of all Putik Lada column contributors. Putik Lada (which means pepper buds in Malay), a fortnightly column in The Star, is a platform for young lawyers to articulate their views and aspirations about the law, justice and a civil society.
Read more »
Posted by Roger Tan at Monday, November 01, 2010 No comments: