Of pleading guilty and going topless 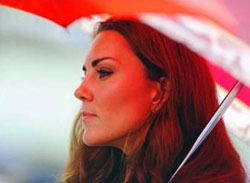 ON Sept 11 when I was taking a flight at Changi Airport, I came across the news report that a former Singapore prosecutor and crime buster, Glenn Knight, had apologised to former MCA president Tan Koon Swan for wrongly prosecuting him in the Pan-El crisis in 1986 (Koon Swan case ‘a mistake’, The Star, Sept 11).

I thought such a move was rather strange but then I was not able to get hold of a copy of the book, The Prosecutor, at the airport. Now that I have sighted it, some observations should be made.

Among other things, Knight wrote in his book, “He (Koon Swan) was charged in 1985 before Justice Lai Kew Chai and pleaded guilty to the charge. He was also given a two-year jail sentence. And a S$1 million fine, which he immediately appealed ...

“A similar CBT case came up for hearing, and Chief Justice Yong Pung How, who had replaced Justice Wee Chong Jin as Chief Justice in 1990, concluded that I was wrong to charge Koon Swan for the offence which got him convicted. Chief Justice Yong was of the opinion that the section that I had charged Koon Swan with was wrong in law, for we could not charge a person for stealing from a company because as a director, it was not a breach of the law in that sense ...

“In the United Kingdom, such a landmark judgment would have set aside Koon Swan’s conviction, but our jurisprudence does not allow for this, though technically Koon Swan could still have been granted a pardon ... The judgment meant that Koon Swan had been wrongly convicted and he was technically an innocent man.”

Glimmer of hope for Vui Kong 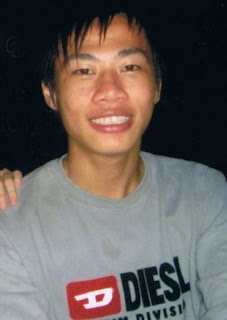 Singapore has announced that new laws will be drafted by the year-end to abolish the mandatory death penalty for some cases of drug trafficking and murder.

ON Nov 14, 2008, Sandakan (Sabah)-born Yong Vui Kong was convicted of trafficking 47.27g of heroin and sentenced to death in Singapore.

He was 19 when he was arrested at about midnight on June 13, 2007 near the Meritus Mandarin Hotel at Orchard Road by officers from the Central Narcotics Bureau (CNB).

The drugs were found in two packets in a Malaysian-registered car MBK 5317 which the prosecution said Yong had earlier collected from a man in Taman Sentosa in Johor Baru.

Yong then went to look for his friend, one Chai Chor Hsiang, and asked him to drive the car into Singapore.

At the trial, Yong made it clear that Chai had no knowledge of the packages hidden under the driver’s seat. Yong’s defence was that he thought he was collecting debts from his boss’ debtors and that his boss had made him promise not to open the packages.

Yong said even though he was suspicious, he did not think that they contained drugs.

Yong, who initially withdrew his appeal to the Singapore’s apex court, was later allowed to appeal and he did make several other but unsuccessful attempts at the Court of Appeal.

Among others, he unsuccessfully challenged the constitutionality of the mandatory death sentence.

He failed too in his arguments that his prosecution contravened the constitutional provision on equal protection when the Public Prosecutor decided to discontinue three capital charges against one Chia Choon Leng whom Yong had identified as the man in Johor Baru who on June 12, 2007 had asked him to deliver the “gifts” to Singapore.

Yong had also sought clemency from the Singapore President but it was turned down.

Yong’s plight attracted the sympathy of many people, both within and without Malaysia.

Described by his lawyers as “impoverished and vulnerable”, many felt that Yong should be given a second chance as he was too young and naïve to appreciate the gravity of the act when he was arrested.

There appears to be one glimmer of hope for his death sentence to be commuted to life imprisonment.
On July 9 this year, Singapore Deputy Prime Minister Teo Chee Hean announced in Parliament that new laws would be drafted by the year-end to abolish the mandatory death penalty for some cases of drug trafficking and murder.

Party-hopping is a potent threat to parliamentary democracy and it is hoped that politicians will come to grips with this issue in a bipartisan manner.

THE great Winston Churchill (1874-1965) was known for party-hopping. In 1904, he changed parties from the Conservative Party to the Liberal Party, and was made Under-Secretary of State for the Colonies in 1905. He officially returned to the Tories in 1925 after he failed in two successive attempts to win a seat as an independent.

On record, his reasons for defecting to the Liberals were the Conservatives' reluctance to undertake social reform and their protectionist policy of favouring trade with the British Empire. But on the other hand, the Liberals were then an up-and-coming party, and his calculated move obviously did catapult him to high office at the rather young age of 31.

Of course, admirers and detractors of Churchill would respectively describe his act as one of political conscience and opportunism. But that is immaterial as until today, the British parliamentary system still does not proscribe party-hopping which also has different nomenclatures such as party-crossing, party-switching, party-leaping, floor-crossing and waka-jumping.

Like any democracy, regardless of it being an established or an incipient one, Malaysia too faces this perennial problem of party-hopping and elected representatives resigning from their political parties to become an independent.

It is, therefore, not surprising for such politicians to be given various undignified names such as political frogs, traitors, lepers and chameleons.
Read more »
Posted by Roger Tan at Sunday, September 02, 2012 No comments: