What the law says 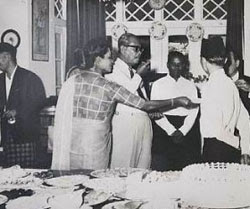 2. Then Emergency Regulations were amended by the Yang di-Pertuan Agong on Aug 9, 1965, to allow councillors to be appointed by state authorities. The 1965 regulations were extended after the May 13, 1969, incident by Emergency (Essential Powers) Act 1979 which were deemed to have come into force on Feb 20, 1971.

3. Section 6 of the Emergency (Essential Powers) Act 1979 provides that regulations made under the 1964 Act shall remain in force as if they had been made under the 1979 Act. It is interesting to note that section 2(4) of the 1979 Act provides that an Essential Regulation “shall have effect notwithstanding anything inconsistent therewith contained in any written law, including the Federal Constitution or the Constitution of any state.” The Emergency Regulations are still subsisting and have not been revoked.

4. In July 1965, a Royal Commission of Enquiry on Local Authorities was appointed under the chairmanship of Senator Athi Nahappan to look into revamping the local authorities. The commission recommended the resumption of local government elections, stating that: “In a country like Malaysia a suitably restructured local government identified with democracy, can serve not merely local interests but also reinforce and consolidate national unity, besides sustaining and preserving a democratic institution at local level.”

5. However, when the Local Government Act 1976 (Act 171) was enacted, it was expressly provided in Section 15(1) that “notwithstanding anything to the contrary contained in any written law, all provisions relating to local government elections shall cease to have force or effect.” This means that the provisions in the Local Government Elections Act 1960 relating to elections have also ceased to apply.

6. However, some have argued that it is still legally possible as Section 1(4) of Act 171 allows the state authority to exempt any area within any local authority from any provision of Act 171, including Sections 10 (appointment of councillors by the state authority) and 15(1). The state legislature can then enact state laws to govern local government elections as it is empowered to do so under paragraph 4(a) of the State List.

7. Article 113(4) of the Constitution also provides that state law may authorise the Election Commission to conduct elections other than parliamentary and state legislative elections.

8. In other words, a state authority may suspend the application of Sections 10 and 15 of Act 171 and then cause the state legislature to enact laws governing elections for those local authority areas.

9. However, to enact state laws governing local government elections might still technically conflict with Sections 10 and 15(1) of Act 171 and the 1965 Emergency Regulations.

10. As Act 171 and the 1965 Emergency Regulations are Federal laws, Article 75 of the Constitution provides that if any state law is inconsistent with a federal law, the federal law shall prevail and the state law shall, to the extent of the inconsistency, be void.

11. Of course, it can also be argued that with the exemption, the conflict does not arise. But it will still conflict with Emergency Regulations. And this is a risky approach as the local government elections held pursuant to state laws can be challenged in court. If this is successful, the elections and decisions made by the councillors risk being declared null and void.

12. Therefore, holding local government elections is possible if the Emergency Regulations are revoked; Section 15(1) are repealed and Section 10 is amended. This can only be done if the Barisan Nasional government, which has a simple majority in parliament, also wants it.

14. To the rakyat, it is a good thing as it will become a new tier of check-and-balance on state governments, under the Barisan Nasional or otherwise.