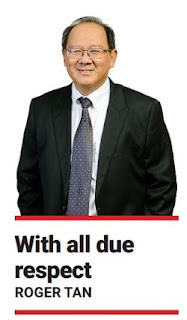 The Sunday Star
THE Aug 27 press statement of the Universiti Malaya Law Society on recent court cases caught my attention because it came from students at the best law school in this country whose alumni include the current Prime Minister, Chief Justice and Attorney General.
They wrote, “As future rule of law bearers perusing the recent incidents, we believe that much is expected from legal luminaries to set a model of respect, courtesy and dignity. However, what is occurring thus far has been the downfall of such expectations even in the soil’s highest avenue of justice – the Federal Court.”
It would be a tragedy if these prospective lawyers should feel disillusioned by the alleged conduct of some senior lawyers even before they join the legal profession. As a senior member of the Malaysian Bar, it behoves me to assure these future entrants to the profession that what they have learnt at law school relating to ethics, virtues, values and ideals of the legal profession still apply and will not be easily tossed away. There are still many senior lawyers out there who practise law with the highest standards of professional integrity and honesty, and who possess unblemished character and reputation.
These students should also be assured that there is an independent judicial system in this country worth associating with and defending for. Together with an independent Bar, we are in the vanguard of preserving, protecting and defending the Constitution and upholding the rule of law. Otherwise, it is meaningless if at almost every National Day parade, our leaders and citizens raise hands, pledging aloud to uphold the five fundamental principles of Rukunegara which include the supremacy of the Constitution and the rule of law.
In this respect, we are often reminded of what the late Lord President (as the position of chief justice was previously called) Tun Mohamed Suffian Hashim said when he was first elevated to the Bench on Oct 26, 1961: “I yield to no one in recognition of the difficulty and importance of the office which I now have the honour of occupying. In evenly balancing the scales of justice, I will help to maintain the rule of law, and two essentials of that rule are the independence of the Bar and the independence of the Judiciary.”
His words were echoed by the other Lord President, the late Sultan Azlan Shah: “The Judiciary, however, is only a part of our administration of justice. The fact is that the true responsibility for the effectiveness of judicial control lies with the legal profession which fosters and nurtures it. There cannot be an independent Judiciary without an independent Bar. The Judiciary cannot function without the legal profession and for the Judiciary to remain independent, so must the profession.”
In other words, what will happen if the Judiciary and the Bar are not independent, and they are corrupt? The question brings to mind a Chinese proverb: “Though the sword of justice is sharp, it will not slay the innocent.” But we easily forget that the innocent man will be slain if the swordsman is corrupt. In simple terms, a corrupt and a compliant judicial system will slay the innocent. 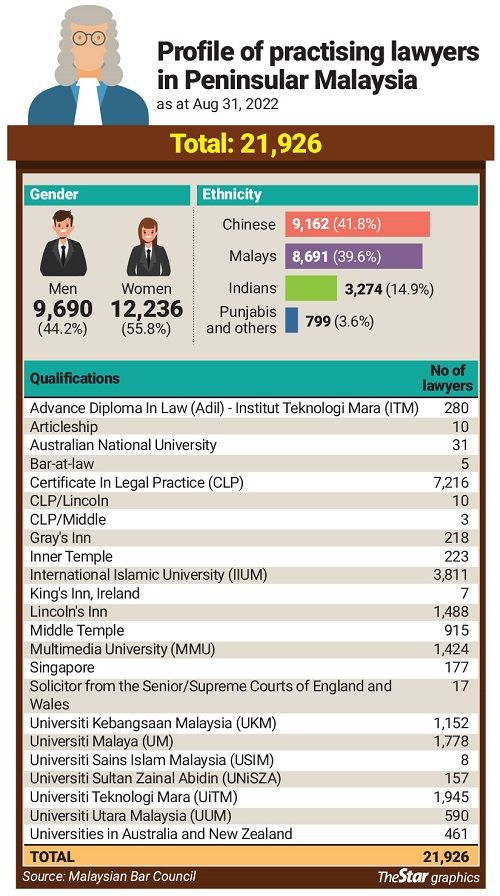 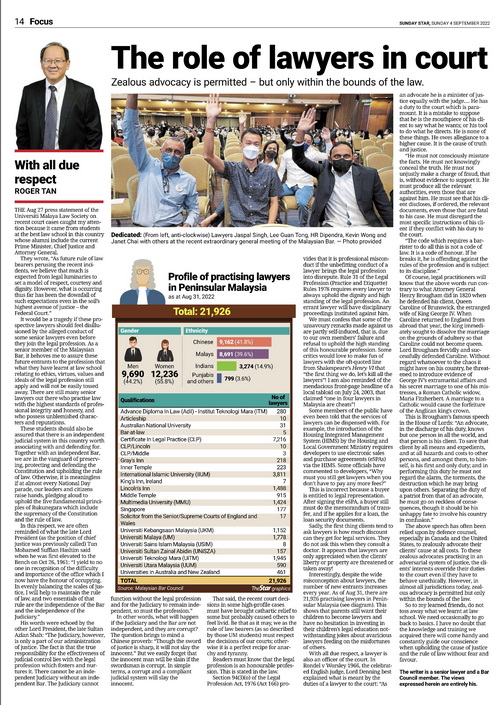