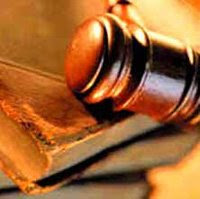 I REFER to the report “Time to Malaysianise common law system” by Dr Wan Azhar Wan Ahmad (The Star, Sept 18).

In my view, this situation is akin to us borrowing English words to develop our National Language. As an avid reader of Malay newspapers for many years, I have observed how English words are constantly converted into Bahasa Malaysia to fill the vacuum. Once converted and used, the words become part of the Bahasa Malaysia vocabulary. Thereafter, one does not say such words are in fact the English language.

It follows that our legislature and judges have already developed the Malaysian common law to such an advanced stage that these days local cases are often cited in our courts compared to the early years of our nationhood. It is obviously not a case where our country is devoid of any legal expertise.

Likewise, it is mendacious to describe our legal experts as impotent or they are still colonised when, in fact, we can now actually take pride in the development of the Malaysian common law.

A fortiori, to amend the Civil Law Act to allow this will offend the spirit of the Federal Constitution in our multi-racial, multi-religious and multi-cultural society.

In fact, decisions of our judges delivered in the pre-1988 Judicial Crisis were often cited in various Commonwealth jurisdictions, but not any more these days. We were then, like the English, exporting our Malaysian common law!

What we should be aiming at is to improve the administration of justice in this country – the upgrading of our courts to make access to justice speedier, cheaper and more efficient in this information technology age, and ensuring that only the best and most qualified are appointed to dispense justice in our land.

It follows that what is more urgent and vital is to restore international respect for our judgments that form the Malaysian common law.