A tighter rein on land transfers 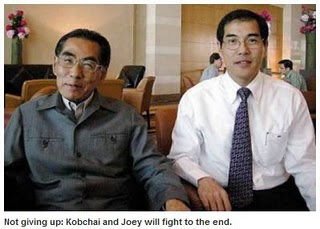 There is a general sigh of relief with the Federal Court’s decision in favour of a landowner who was cheated of his property, overruling the decision in Adorna Properties which has wreaked havoc in land transactions and increased the number of land scams in the last nine years.

THE decision by the Federal Court last Thursday in Tan Ying Hong v Tan Sian San & 2 Ors to depart from its previous decision made in Adorna Properties Sdn Bhd v Boonsom Boonyanit 2000 has finally and correctly restored the principle of deferred indefeasibility in our Torrens system of registration after a gruelling wait of more than nine years.

For the benefit of the readers, let me first explain this principle in simple terms.

Under the Torrens system , the State will guarantee an indefeasible title to anyone whose name is registered on the register of titles.

However, sub-section 340(2) provides that a title or interest can still be defeasible if it is acquired, inter alia, by fraud, misrepresentation, forgery or through an insufficient or void instrument.

(Under the NLC, a purchaser is defined to include a bank taking a charge over the land.) To put it in another way, for example, A is the registered proprietor of the land.

However, if the principle of immediate indefeasibility espoused in Adorna Properties applies, C will still get an indefeasible title if B forges A’s signature and transfers the land immediately from A to C without first having transferred to B himself.

That was exactly what happened in Adorna Properties.

An impostor of the genuine landowner, Boonsom Boonyanit, made a false statutory declaration that she had lost the original title to two pieces of lands in Penang, and successfully managed to obtain a certified copy of the title from the land office.

With that, the impostor registered the transfer of the lands to Adorna Properties Sdn. Bhd. (“Adorna”) for a sum of RM12mil.

A three-member bench led by Chief Justice Tun Eusoffe Chin held that Adorna had obtained a good title because the proviso in sub-section 340(3) would apply to sub-section 340(2) even though Adorna was an immediate bona fide purchaser.

As a result, Boonyanit lost everything as the forger had also disappeared with the money.

Despite two attempts made by Boonyanit’s family to have the decision reviewed by a separate panel of the Federal Court in 2001 and 2004, the Federal Court dismissed both applications on the ground that no grave injustice had occasioned.

It is, therefore, not surprising to hear Chief Justice Tun Zaki Azmi last Thursday describe the error committed by the Federal Court in Adorna Properties as “obvious and blatant”.

In delivering the main judgment of the apex court, Chief Judge of Malaya, Tan Sri Arifin Zakaria ruled that the Federal Court in Adorna Properties had misconstrued s 340 and came to the erroneous conclusion that the proviso appearing in sub-section 340(3) equally applied to sub-section 340(2).

With the latest decision, the law as respects indefeasibility of titles is now settled, and all the other judges must hereafter follow it conscientiously as the decision of this strong five-member bench has effectively overruled Adorna Properties.

In fact, it cannot be gainsaid that Adorna Properties has wreaked havoc in land transactions, and incidents of land scams have also increased in the last nine years. The police had even revealed before that the computerised land registration system in several states, including Kuala Lumpur, Penang and Johor, had been compromised by syndicates using “inside people” to forge land titles resulting in several registered proprietors and purchasers losing millions of ringgit.

The former Director of Bukit Aman Commercial Crimes Investigation Department Datuk Ramli Yusoff was quoted in 2007 as saying the modus operandi of these perpetrators was to declare that they had lost their land titles and then obtained replacement titles with the assistance of “inside people” before selling the land.

In Tan Ying Hong’s case, the forger, Tan Sian San, had forged the signature of the landowner Ying Hong to create a forged power of attorney in order to charge the land to RHB Bank as security for loans totalling RM300,000 granted to a third party, Cini Timber Industries Sdn Bhd.

It follows that the apex court held that the charge was invalid because as RHB Bank was an immediate purchaser under s 340(2), the proviso under s 340(3) did not apply.

Of course, had Sian San first transferred the land to himself and then charged it to RHB Bank, the latter would have been a subsequent purchaser entitled to the protection of the proviso in s 340(3) .

At this juncture, it must be stressed that the latest decision of the Federal Court does not mean that a landowner is now legally incapable of losing his land to a forger.

The decision only makes it more difficult now for these thieves and conmen to fraudulently transfer the lands.

We must, of course, not underestimate these criminals as it is not difficult from now on for a forger to transfer the property to himself or another person before transferring it to a subsequent bona fide purchaser in order to enjoy the benefit of the proviso in s 340(3).

This is all the more so if there is help from “inside people”. Take Tan Ying Hong’s case, for example.

I am just bewildered as to how the Pahang state government could have “mysteriously” alienated a nine-acre plot of land in Kuantan to Ying Hong in 1976 when he did not even know about the existence of the land until he received a demand letter from RHB Bank in 1985.

As the alienation has not been challenged, it appears that the flawed system has mysteriously enriched Ying Hong with a property which is now probably worth millions of ringgit.

It is apposite to note that in every land scam like in Adorna Properties, there are two victims involved – the genuine landowner and the bona fide purchaser.

As everyone is either a landowner or a purchaser or both, it is indeed a balancing act when deciding whose interest requires more protection and to what extent the landowner should be protected in the entire chain of dealings.

In doing so, it must be borne in mind that if protection is given solely and wholly to the landowner, then Malaysia may not be so conducive for property investments.

In this respect, countries which practise immediate indefeasibility such as Australia, New Zealand and Singapore have an assurance fund to compensate victims of land scams.

That said, as land is a State matter here, implementation of such a fund may not be so straightforward.

All in all, the latest decision now requires the purchasers, banks and their lawyers to be even more vigilant and diligent when conducting land searches and verifying the identities of the sellers before purchasing any property or providing any finance.

It is also my considered opinion that notwithstanding this landmark decision, the NLC should still be amended to bring about more stringent procedures and measures as regards how replacement titles are obtained, and dealings are presented and registered in order to be one step ahead of the criminal minds of fraud and forgery.
*Published in The Sunday Star, 24 January 2010.
Posted by Roger Tan at Sunday, January 24, 2010