Lives are lost but there is no recourse, thanks to diplomatic immunity under the 1961 Vienna Convention on Diplomatic Relations. 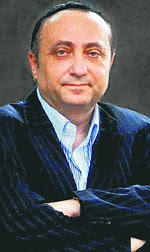 In a quick succession of two hit-and-run accidents in the early hours of Dec 15 last year, an inebriated Romanian diplomat, Dr Silviu Ionescu, 49, beat traffic lights and knocked down three men along Bukit Panjang Road in Singapore. One of them was Malaysian Tong Kok Wai, 30. He died on Christmas Day after his newly-wed wife Yenni Young, 31, grievingly had to take him off life support when the doctors declared him brain dead three days after the accident.

Ionescu, the man behind the wheel of the Romanian Embassy’s Audi A6, later claimed that the car had been stolen. He fled to his home in Romania three days later. Despite pleas from the Singaporean authorities for him to return to assist in the investigations, he refused and further claimed that he had been set up by the Singapore government. He had also been suspended from his duties by the Romanian Foreign Affairs Ministry.

A coroner’s inquiry was held last month with more than 50 witnesses coming forward to testify over a period of six days. It was revealed in the inquest that Ionescu was a regular at a KTV lounge and had been drinking alcohol before the accident.

On March 31, State Coroner Victor Yeo concluded that Ionescu was a liar in the entire tragedy. In his 42-page finding, Yeo described Ionescu’s conduct as “not only cowardly and irresponsible, to say the least, but utterly deplorable”.

Yeo went on to say that despite knocking down three men, Ionescu did not have the human decency to stop and help, and yet had the audacity to slow down, wind down his window and scold an eyewitness who tried to stop him from fleeing the scene. Yeo added that Ionescu lied because he was “motivated by his guilt for driving recklessly and causing the two accidents”.

The Singapore Straits Times also reported that when contacted by telephone, Ionescu dismissed the verdict as “bull****”. “Honestly, I don’t believe in the court of Singapore,” Ionescu was reported to have said.

The Singapore government is likely to press a set of 13 charges against Ionescu this week, ranging from causing Tong’s death and grievous hurt to two others by reckless driving to failing to stop, render assistance and lodge a police report after the accidents.

Singapore and Romania do not have an extradition treaty and the Romanian authorities have so far indicated that they have no power to compel Ionescu to return to Singa­pore as the latter has been suspended.

But the Singapore Foreign Affairs Ministry has also rebutted that despite his suspension, Ionescu has not been dismissed and is still an employee of the Romanian Foreign Affairs Ministry. However, even if Ionescu returns to Singapore and is charged, he still enjoys diplomatic immunity from prosecution under the 1961 Vienna Convention on Diplomatic Relations unless this is lifted by the Romanian government.

In fact, this case is rather similar to a 1998 case involving a Russian, Alexander Kashin, who was paralysed from the neck down after a car collision with the then US Consulate General in Vladivostok, Douglas Barry Kent. The US diplomat who was drunk at the time of the accident had earlier jumped three traffic lights before coming out of the car laughing. Witnesses then saw Kent fleeing to a nearby club where its owner alleged that Kent still managed to have a great time there, taking down the panties of a stripper with his teeth! Sadly, the US government did not lift his diplomatic immunity and Kent is still serving overseas while Kashin is still seeking justice and compensation from the US government.

To my mind, the callous attitude of both the Romanian and the US governments in these two cases involving their scofflaw diplomats is disgraceful. It is high time that the international community take a hard look at the 1961 Convention to curb further abuse of this ancient principle of immunity.

In this age when human rights, fairness and justice override everything else, innocent victims must be accorded recourse against personal abuses of immunity. The sending states must ensure that their representatives have the highest standards of personal conduct and character, and are ready to lift the immunity for any personal wrongs committed by their diplomats in the receiving states.

To quote a Singapore taxi driver Koh Beng Pheng, 55: “He (Ionescu) flirts and lies – how is a man with such poor character even fit to be a diplomat?”

As for the conduct of the Singapore government, I have nothing but praise for their authorities in ensuring that there is a due process of law. As a Malaysian, I am touched by the determination and resolve of the people and government of Singapore in their pursuits for justice for our countryman Tong.

However, I am rather embarrassed by the muted response from our own Foreign Affairs Ministry in this matter. 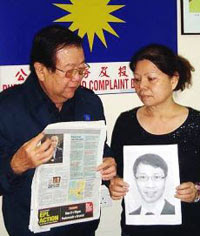 Tong’s family had earlier sought help from the MCA Public Services and Complaints Department, but our Foreign Affairs Ministry officials responded that they would not interfere as this was an internal matter (The Star, Jan 13, 2010: “Mum seeks justice for son knocked down by envoy’s car”). If Tong had been a citizen of a developed nation, the response from his government would have been different. Their representatives in Singapore would be at hand to assist Tong’s family. But here we did not see any representative of our Malaysian High Commission in Singapore present or render any assistance to Tong’s family during the Coroner’s Inquiry.

It is hoped that the Malaysian Government will convey our outrage to the Romanian government over this matter. Likewise, we expect our government to send a strong message to the international community that the life of a Malaysian is priceless, and that justice will be served in cases of this nature.

In this regard, our government must support the Singapore government by putting pressure on the Romanian government to waive Ionescu’s immunity and ensure that Ionescu will stand trial in Singapore for causing Tong’s death and grievous injuries to two others.